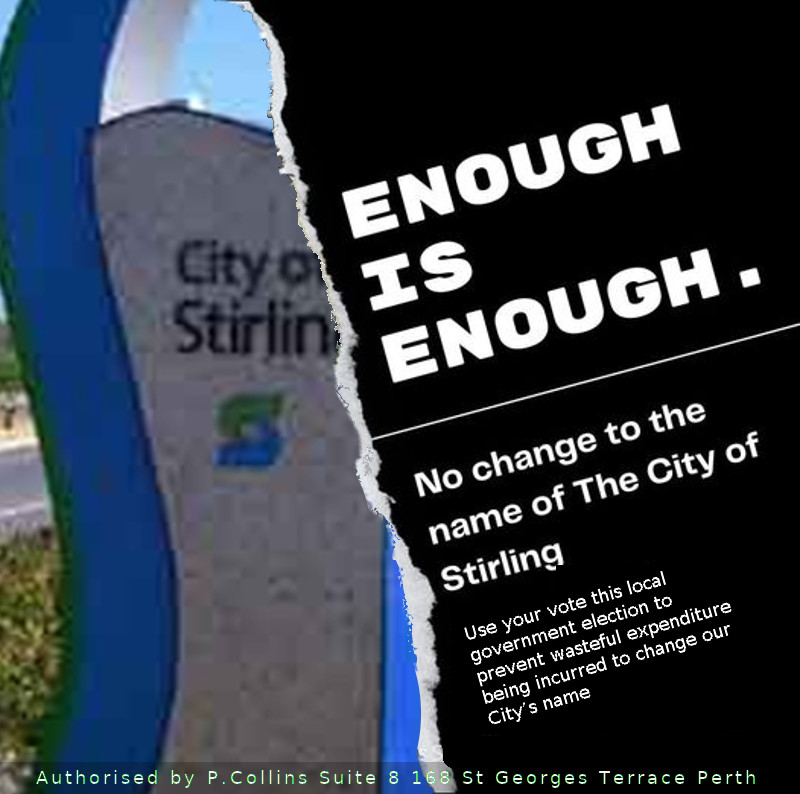 Out of 6 Lawley Ward candidates, only I have committed NOT to change the name of the City of Stirling.

Changing the City’s name will cost millions of dollars that will be paid by you as the ratepayer.

Whilst symbolic gestures and the ‘gotcha cancel culture’ increases, the metrics in the latest ‘Closing the Gap‘ report continue to lag.

A more appropriate line of questioning to be put to organisations like the City of Stirling are: –

1. Of the more than 1,000 staff at the City of Stirling, how many are aboriginal?
2. How many aboriginal apprentices or trainees are employed at the City? or

Finally, I believe one important key to reconciliation not often mentioned, other than by Jacinta Nampijinpa Price, is forgiveness. Many of our nation’s first settlers were convicts, themselves dispossessed of their own property and homeland, only to be released out from custody into a wilderness to eke out an existence.

Much of what happened 50, 100 or 200 years ago wasn’t right by today’s standards but what is happening now is also not right. After Stirling, will it be Roe and then Irwin? Where does it end and how does such modern day fiddling close the gap?