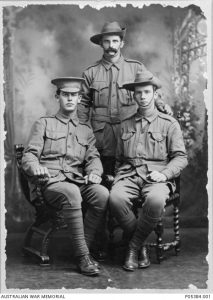 My great grandfather (pictured, seated left), a Gallipoli World War I  veteran, was a train driver on the Perth to Midland train line through Maylands, Bayswater and Bassendean.

My grandmother grew up in Maylands and attended Maylands Primary School.

Mum and dad courted at the Civic Theatre on the corner of Dundas Road and Beaufort St, Inglewood as teenagers. Dad attended North Inglewood Primary School and then Mount Lawley High School.

Mum and her family grew up on Beaufort St and she remembers vividly the last day of the tram along Beaufort St. Mum attended the catholic primary school on the corner of Carrington St and Central Avenue, Mount Lawley which is now a medical centre before going on to Sacred Heart, Highgate.

In 1989 St Mark’s College merged with St Thomas Aquinas and became Chisholm Catholic College and thus I graduated in the school’s inaugural year. 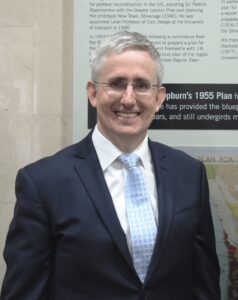 My working career began as a property lawyer before taking on my current role in commercial real estate in the CBD.

Outside of work, I have always had a strong ethos of community participation and volunteering. Over the years I have served as Treasurer of St George Rotary Club, Parish Councillor and finance committee member and served 4 years as President of the Mount Lawley Heritage Society. In 2013 I was elected by the membership of the WACA as a Director and served on the Governance and Finance Committee including a period as Finance Chair.

My wife and I raise 3 daughters and support them with voluntary effort at their school, sporting and music activities.