The State Government recently sold the above two sites, 1 Midland Square and 58 Morrison Road, in the Midland Town Centre for the sum of $17.33 million.

16,293sqm of town centre land would be a very good deal for a buyer even if the sites were just vacant!

However, one of these sites came with 19,430sqm of net lettable area across 3 buildings occupied by Landgate and the other is a prime, future development site of 3,693sqm at 58 Morrison Road, currently used as a carpark. 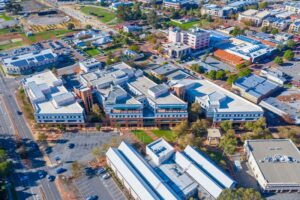 The Leader of the Opposition, Dr David Honey, revealed during Question Time at WA Parliament on 22 June 2022 that the deal also included a leaseback by the State Government of part of the buildings (13,700sqm) for 15 years at an annual rental of circa $5.7 million or $85 million over the 15-year term.

The new owner will spend $30 million (approved by JDAP on 6 January 2022) by 2024 upgrading the 3 buildings and converting some office space to extra parking, a larger café and a gymnasium.

The surplus NLA after refurbishment and lease to the State Government is 3,905sqm. Based on the Government rental being paid in its lease-back (average $416sqm per annum), there is a potential further income of $1.6m per annum.

The fully leased income potential is $7.3 million by the time the refurbishment ends in 2024.

I have been involved in the commercial property industry for nearly 25 years. I’ve sold assets as low as $10,000 and as high as $105 million. I’ve leased 21sqm up to 11,000sqm, including major leases to the State Government.

I fail to understand why this deal is so bad for the State Government and outstandingly brilliant for the buyer.

Let’s look at the sums:- 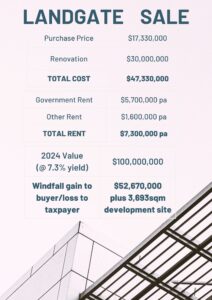 This deal stinks for the WA taxpayer.

Given the State Government’s sound financial position, why didn’t it do the refurbishment and then offer the 3 buildings for sale on a 15-year partial leaseback at the annual rent of $5.7million.

I have no doubt a sale price of at least $100 million could be achieved post refurbishment in 2024 even without the rent on the surplus lettable areas locked in.

Government guaranteed rent for 15 years is as good as a 10-year government bond which currently sit less than 4%.

Further, there is still 3,693sqm of land at 58 Morrison Road as a future development site, even perhaps building above the existing carpark, which the taxpayer gets to keep. 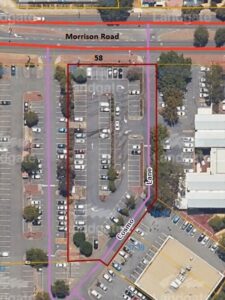 That is at least $52.7 million which could be spent on much needed affordable housing.

The sale settled in March 2022, 18 months after the State Government first called for bidders through its controversial market-led proposals process, criticised by transparency advocates for its opaqueness compared to regular tender processes.

Why did the Government do such a bad deal?

Why did the Buyer, Georgiou Capital Pty Ltd, get such a good deal?