Your rights are not my responsibility!

Jun 29,2020 Comments Off on Your rights are not my responsibility! 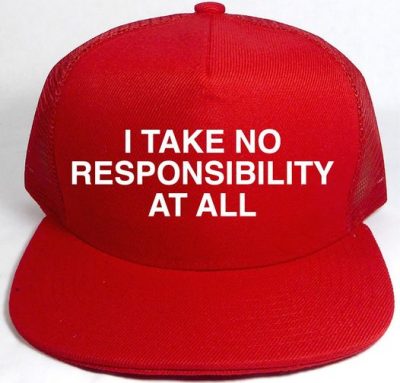 The elected Councillors at the City of Stirling no longer want to determine every planning application on which objections have been received from the public and which may have an adverse impact on amenity.

Yep folks, you heard it correct. A majority of Councillors by a narrow margin of 8 votes to 7 delegated all of that decision making power to the un-elected administration who may refuse or approve. (There is a very small exception to this rule which I will come back to later.)

There is a strong community expectation that the discretion required to determine planning applications should be made by the Elected Council who are responsible for their decisions every 4 years at election time, or at least that’s how it used to be, until last Tuesday night (23 June) when Council voted to delegate away a large chunk of their decision making to the un-elected administration.

Does the majority group of 8 prefer fence sitting to decision making or are they simply annoyed with residents and ratepayers communicating with them on arguments for or against a planning application in their neighbourhood?

Such interference to the majority group of 8’s telephone, fax, post box or e-mail inbox comes with territory in all local governments but likely less so in the future at Stirling.Congratulations to Councillors Farrelly, Hatton, Lagan, Perkov, Re, Spagnolo and Thornton for not supporting this ludicrous decision.

However, residents in Balga, Mt Lawley and Coastal Wards be warned ! – All your ward Councillors were part of the majority group of 8 meaning residents and ratepayers in these wards might just have to walk backwards up hill to get an application called in with a few pretty pleases and cherries on top!

Your rights as a resident or ratepayer to have your views heard and put forward at a public Council meeting are the responsibility of the Elected Council and in particular, your ward Councillor. Last Tuesday night the majority group of 8 put up enormous barriers for you to exercise those rights, if not effectively removing them altogether for a large number of future planning decisions.

For more on this story, go to the team at Stirling Community Matters excellent opinion piece:-