A Council self obsessed with name changing.

Aug 25,2021 Comments Off on A Council self obsessed with name changing. 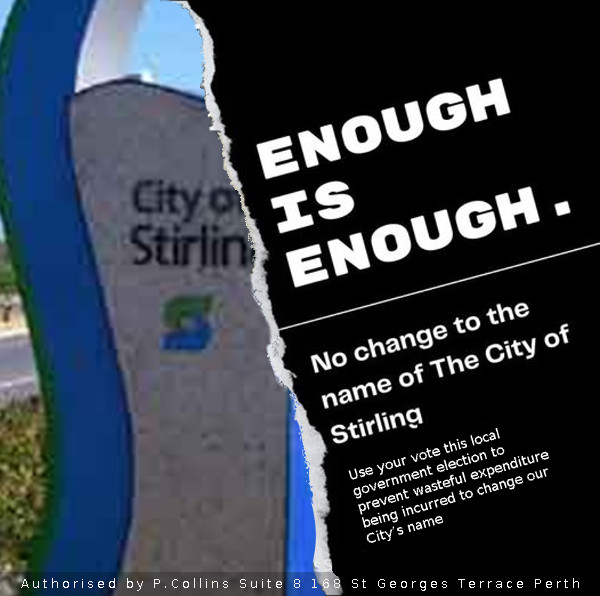 I have never seen a Council more obsessed with name changing than the elected members of the City of Stirling over the last 4 years.

First it was Cr Suzanne Migdale moving a motion to remove Terry Tyzack’s name from the Terry Tyzack Aquatic Centre – City of Stirling. Mr Tyzack’s only crime was leading the campaign to close the Yokine tip to create Yokine Reserve in the early 1970’s and then serving on Council for 35+ years. Fittingly, the aquatic centre overlooks Yokine Reserve. More can be read here:-https://www.facebook.com/Collins4Community/posts/626981677748540

Then it was Mayor Mark Irwin moving a motion to re-name Stephenson Avenue, ignoring the fact the City’s owes its existence to Professor Gordon Stephenson. More can be read here:-https://www.facebook.com/Collins4Community/posts/1117365855376784

It was only the huge community backlash against each of the above name changes that prevented Council from proceeding further on any of them.

I see one candidate in the upcoming elections from Dianella is saying ‘Enough is Enough’.Good luck Charles Smith Dianella Inglewood !