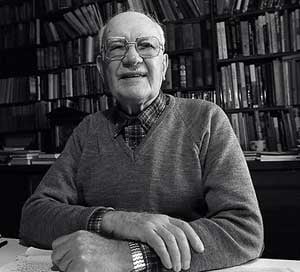 Mayor Mark Irwin said in his statement to Council on 1 December 2020 that renaming will go towards demonstrating Council’s strong commitment to reconciliation.

The report prepared by City staff for next Tuesday’s meeting proposes one of the following 3 names:-

The report is so gushing in its support for re-naming that it :-

1. Fails to provide any background for the current name;

2. Fails to provide Mr Stephenson’s full name, let alone who he was or what he did;

3. Fails to provide Mr Stephenson’s contribution to the development of the State and the City of Stirling, (which is celebrating it’s 50th anniversary this year).

4. Fails to provide any consultation with the Stephenson family. (His grandson, Mr Jon Rose, lives in Perth and is a regular media spokesperson for the family).

5. Fails to provide any consultation with the State’s leading association of town planners, the Planning Institute of Australia.

6. Fails to recommend any community consultation with City of Stirling residents and ratepayers.

Professor Gordon Stephenson, a world renowned City Planner and Architect was commissioned in 1953 by the State Government to produce a plan for the metropolitan area of Perth and Fremantle. The resulting 1955 Plan for the Metropolitan Region was co-authored with Alistair Hepburn, and is commonly known as the “Stephenson-Hepburn Report”. It included an atlas of maps which laid down a broad pattern of future land uses including highways and public open space that were visionary for its time.

Past extensions of Hepburn Avenue have not been re-named.

Professor Stephenson was born in Liverpool in 1908 and first moved to Perth in 1953. He later made Perth his home until his death in 1997. In Hansard on 8 April 1997, the Minister for Planning acknowledged Professor Stephenson’s contributions to the development of the state, and his vision as providing the blueprint for the growth of the metropolitan region since 1955

Once a building or road is named in a person’s honour, it is an insult to remove that person’s name in the absence of any wrongdoing by the person.

This vital road extension, taking pressure of Cedric and Hutton Streets would not exist but for Professor Stephenson and nor would the Freeway, Reid Highway and the rapid growth of the City of Stirling since its formation in 1971.

If the Mayor and Council want to re-name public infrastructure or spaces then why not re-name Star Swamp, Dog Swamp, Roselea Lake or Trigg Bushland Reserve which are likely to have far more meaning to indigenous culture and reconciliation than dishonouring a WA Town Planning Legend with some road real estate.

There are also two other new roads as part of the extension and a stream that flows to Herdsman Lake running parallel to Stephenson Avenue that could also be options for re-naming.