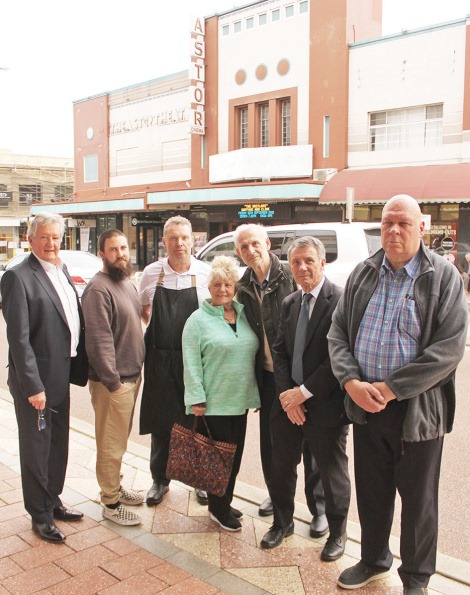 Regular readers of my Stirling Council Musings will know the City of Stirling is spot on with its “City of Choice” branding.
Across recent years we have discovered it is the ‘choice’ of a majority group of Councillors if they want to hear from you or if they do, whether they want to actively represent your needs.

The latest happening at Stirling is our elected representatives’ desire to build a public meeting space, the City interchangeably calls a ‘piazza’ or ‘plaza’ in the City owned car park at 679 Beaufort Street (west side of Beaufort St next to Westpac) in the Mt Lawley Town Centre.

This proposal involves the removal of up to 9 car bays and relocation of the toilet closer to the rear lane. There’s also a proposal to block access and egress to and from the car park off Beaufort Street.

An overwhelming majority of local traders are not happy. They’re suffering through Covid-19, don’t want parking removed, don’t want the toilet moved to towards the rear lane (for obvious reasons of anti-social behaviour) and don’t want the remaining parking bays blocked from Beaufort Street.

The project is being led by Lawley Ward Councillors, Suzanne Migdale and Joe Ferrante and they are convinced that a small concrete piazza or plaza is just what Mt Lawley needs for the 21st century!

What is a piazza and a plaza? One is Italian and the other is Spanish and both literally mean “place”. In Oz lingo, we call such a space “Place” – think Forrest Place (Perth) and Martin Place (Sydney). And, our nation’s capital city, Canberra, literally means ‘meeting place’ in the local indigenous language of that area.

So, unless the Mt Lawley Town Centre has some fascinating but meaningful Italian or Spanish connection, I reckon it’s the City just dressing a sow!

Remember, the traders are having to deal with the same Ward Councillors who voted to install parking meters without consultation 2 years ago (See my post, 7 March 2018). Customers abandoned the locale and after a massive business and community backlash Council voted to use our money to remove the meters.

Also, about the same time, Councillors voted to sell land containing 16 public car parking bays behind the Astor Theatre to the adjoining landowner on Field Street without prior consultation at below market valuation. (See my post, 2 March 2018).

Despite lodging a petition of more than 1,000 signatures against this latest proposal, the traders saw themselves heading for a third strike in as many years and so decided at their own expense to employ some expertise to represent them.

Traders and/or owners of 28 premises in the Mt Lawley Town Centre engaged town planning firm, the Rowe Group to put their case at Committee last Tuesday night; pointing out discrepancies in the parking and other reports presented in favour of a mini ‘Canberra’ (“small meeting place”).

The traders and property owners merely requested a deferral to the next Committee meeting so as to lodge a more detailed written submission but such a reasonable request was rejected 6 votes to 1. You’d think the traders had asked the Committee to move Mt Lawley a little bit to the left or paint it all red, such was the opposition!

The traders and property owners support beautification but have suffered during Covid-19 and can’t afford the loss of any car bays. Only Cr Elizabeth Re supported the traders.

I’ve never known of worse representation over the last 3 years of a significant group of traders by their elected representatives.

The Committee’s decision goes to full Council on 28 July 2020.

The traders received press from The Perth Voice this week where more of their concerns are expressed. Link here:- https://perthvoiceinteractive.com/…/traders-up-in-arms…/